The list of participants offering food and/or drink at Saturday’s Taste of Maplewood Street Festival is stunning!

Among others. The event begins at noon on Saturday, May 20 and runs til 9:00 p.m. There is musical entertainment throughout the day.

Everything happens on Sutton, south of Manchester in Maplewood.

How about some candied bacon on a stick?

Click HERE for more info including where to park.

I am honored to be a judge for the competition among vendors for best sweet tooth item, best savory dish, best cocktail and best overall item. Also judging are Mike Arnold who posts on Instagram and Twitter as @GusGusFunBus and Pat McGonigle, personable newsguy for Newschannel 5 (KSDK).

This is a fun event and it’s not just for people in the Maplewood/Mid-County area. Everybody is welcome. 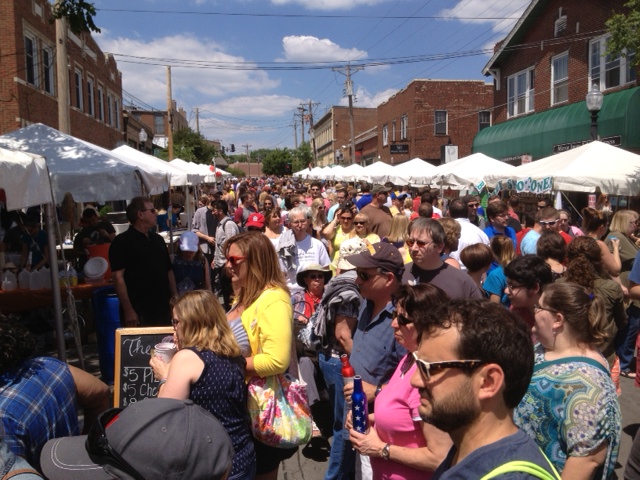 John Holl, author of The American Craft Beer Cookbook, will appear at Schlafly Bottleworks in Maplewood on Thursday, September 12 at 6:00 p.m. 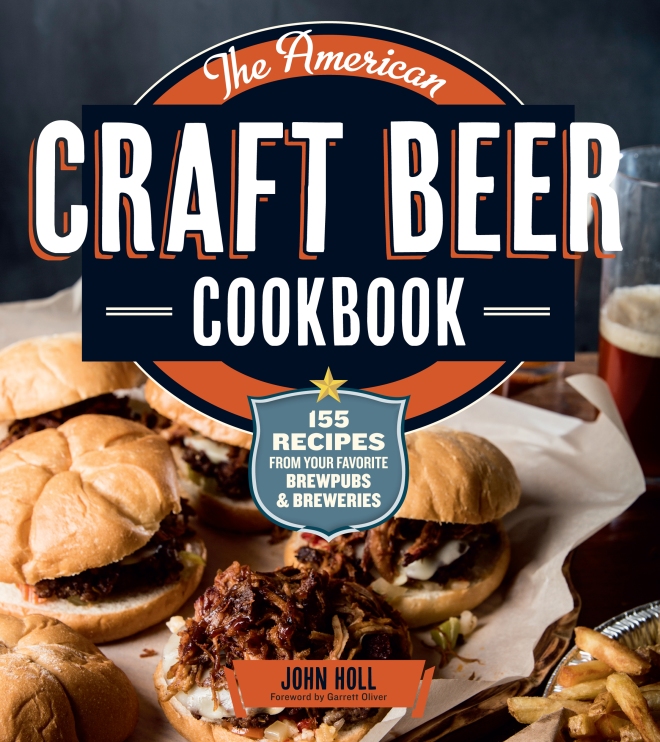 John will be signing copies of his book which contains 155 recipes using craft beer. List price for the book is 19.95. If you buy a signed copy Thursday night at Schlafly, you’ll get a free pint!

According to his bio, John (pictured below) has visited more than 900 breweries around the world, conducting research for his beer-and-travel books as well as articles for the New York Times, Wall Street Journal, Beer Connoisseur, Beverage World, and many other publications. 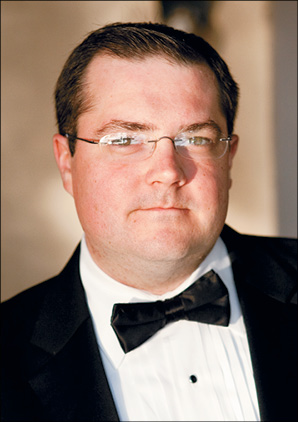 Click HERE to listen to an interview (runs 12:46) with John Holl from earlier this week on WBUR radio in Boston. You’re likely to be impressed by John’s knowledge of and passion for craft beer. (Click HERE to go to John’s own website.)

Our show will not air on November 24, due to an early start for Illinois football.

Stop in if you can and check out their line of oils, vinegars, liqueurs and wonderful gift ideas. If you can’t stop in, listen to the show and visit Vom Fass later. Our show also streams live via kfns.com.

On Saturday, May 19, Food Talk STL will be broadcast from the Taste of Maplewood event.

During the show, we’ll visit on air with many of the 36 vendors. George Mahe of St. Louis magazine will stop by for a visit.

Listen to win prizes from Maplewood restaurants and bars.

Taste of Maplewood will be held on Sutton, between Marietta and Hazel. That’s just south of Manchester.

Our guests this Saturday will be Eric Heckman of Tani Sushi Bistro in Clayton and Cassy Vires of Home Wine Kitchen in Maplewood.

You can click on our “Recipes” tab at the top of the page for Cassy’s Lemon Curd recipe—it sounds delicious!

You can click on our “Past Shows” tab to hear our on-air conversations with a long list of great guests.