At 5:50 p.m. @BaileysinSTL tweeted to @FrancoSTL: “Hey, Tom, a little bird told me that you were opening a BBQ restaurant.” 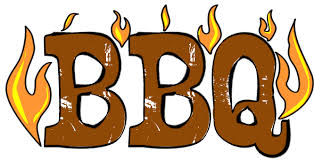 In the next few minutes, beans were spilled via Twitter that Schmidt’s Nico (in the Loop next to the Chuck Berry statue) would be retooled into Salt + Smoke and would open in May.

Bailey shared word that his yet unnamed BBQ joint downtown at 1011 Olive would open next winter.

At 6:08 p.m. the P-D’s @ianfroeb noticed the chat and tweeted: “Dave Bailey and Tom Schmidt are either breaking news together or trolling all of us brilliantly.”

Congrats to both for using Twitter to bypass the local foodie media and take their news straight to the whole Twitterverse. Whether they plotted the exchange on their own or were guided by an unseen hand, it was nicely done.

Is there room for 2 more BBQ restaurants in town? I say yes. We may have enough Walgreen’s locations and a sufficient number of Starbucks stores to take care of our needs. But the saturation point for BBQ—while getting closer—is still a ways away, in my opinion.