Ameristar has added a new executive chef for the St. Charles casino and has just introduced a new menu at Pearl’s. A recent tasting event featured several items with a distinctive New Orleans influence, including Shrimp and Grits, shown below. 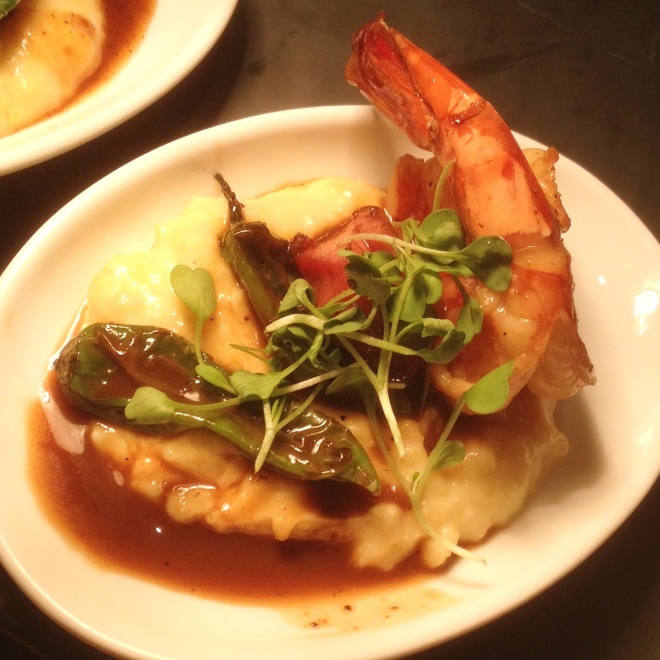 Atlantic Grouper is available at Pearl’s, grilled or blackened, as shown below. 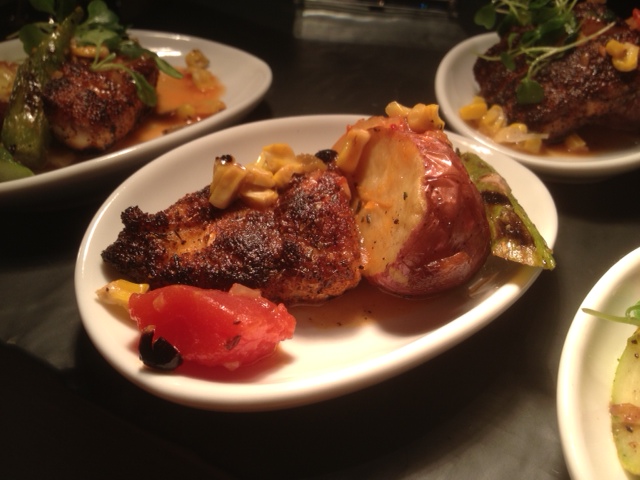 The new executive chef for Ameristar St. Charles is Chicago native Don Yamauchi who was on hand during my recent visit to Pearl’s Oyster Bar.

Pearl’s Oyster Bar offers cornmeal crusted fried oysters in a po’ boy sandwich and as an appetizer. And, of course, they have raw oysters. 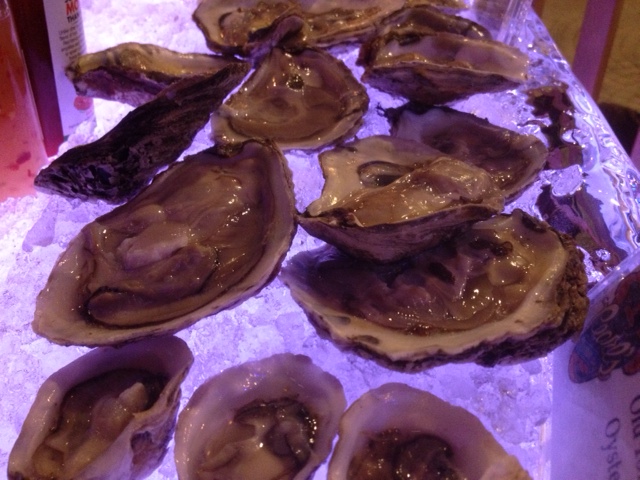 Among my favorite items at Pearl’s were the Lobster Rolls and the Shrimp Po’ Boys, seen below.

And a bowl of Gumbo…

And finish up with Key Lime Pie that has a perfect blend of sweet and tart.

If you’re up for a cocktail, Pearl’s has a cocktail menu that includes concoctions called “Cajun Lemonade,” “Sweet Mother of Pearl,” “Blazing Cyclone” and “Who Dat.” (I’m more of a beer guy—and they have a good variety of beers available.)