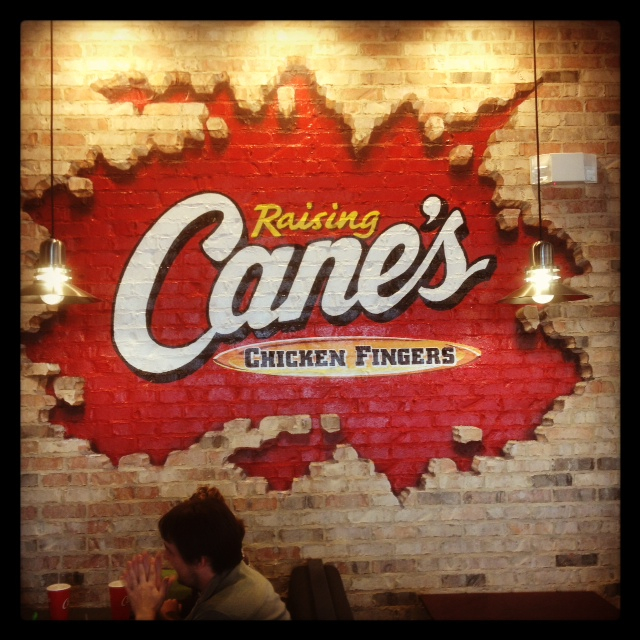 I give Raising Cane’s credit for being bold enough to open just down Manchester Road from a Chick-Fil-A that’s always busy. They’re also across from a McNugget-serving Mickey D’s. (Maybe that’s good strategy—to be near a competitor but not right next door.)

But are chicken fingers a big enough deal to format a fast-food restaurant around them? Apparently so, as Raising Cane’s opened its 150th location earlier this year. Personally, I tend to take a pass on chicken fingers. I think of chicken fingers as the ultimate kid’s menu item. My mother-in-law loves Dairy Queen’s chicken fingers and would eat ’em every day if she could.

I plan to take her by to sample the chicken fingers at Raising Cane’s soon, although not at lunchtime. That strip of Manchester just east of I-270 can get seriously congested during the noon hour. Edward Jones HQ, West County Mall, the Epic Schnuck’s and the Mondo Dierberg’s are all close by, all generating cars. 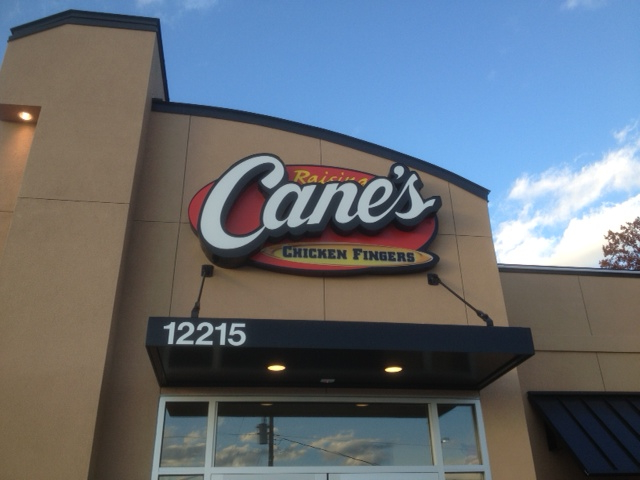 Raising Cane’s has locations in food courts in the Galleria, Mid-Rivers Mall and in Chesterfield Mall. This is their first free-standing store in metro STL.

In this era where so many fast food and quick serve places are trying to cover their competitors’ offerings and be all things to all people, I admire these folks for putting all their (hatched) eggs in one basket, so to speak. All chicken fingers, all the time!

On the web at raisingcanes.com.