On Wednesday, April 17, the sold-out final round dinner at The Crossing—a five-course affair—saw Adam Gnau (pictured below) crowned the winner. Adam’s Artichoke Crostini was voted the best dish of the evening. 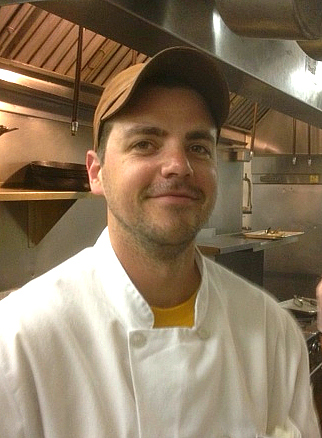 The winner was chosen by the diners who rated each course on their scorecards. Diners did not know which chef prepared which dish.

The event also marked the 15th anniversary of The Crossing (in Clayton), which opened on April 15, 1998.